Important note: The texts and photos offered on Birds-Online.de regarding the health and diseases of birds are meant as a source of information. Please always take your ill birds to an avian vet as fast as you can!

In some birds, their claws may become too long, or their beak shows excessive growth. However, this does not happen to every bird. Some individuals are never affected during their whole life, others comparatively often. If once or twice a year the beak and claws have to be trimmed, there is not necessarily always a reason for concern. However, the general health condition of the bird should be closely monitored, because often the increased growth has an underlying reason.

Why it is so important to pay attention to their health, can be explained easily based on birds whose claws and/or beak have to be shortened frequently: Especially in budgies, but also in some other home bird species, in many cases a disease like a liver disorder is responsible for the increased growth of the beak and toenails. So it is not true that those birds in principle wear off their beak and claws too little. Many people think this happens because the birds do not use their grindstone. Usually, no healthy budgie has to rub her or his beak regularly, so that it does not become too long. Only if something underlying is wrong, the increased growth will occur. Bird owners should therefore clarify the cause of the increased beak and/or claw growth together with their avian vet. It is no good idea just to treat the symptoms by shortening the beak and/or claws again and again. The actual basic disease must be treated as well.

However, a liver problem is not necessarily the reason in each case. Also, an infestation with scaly face mites (burrowing mites) can lead to increased beak growth and deformations. If a bird suffers from an infestation with these parasites, she or he urgently needs to be treated with medication. Besides, the virus disease PBFD can be the true reason for an increased or impaired claw and beak growth in budgies and several other bird species. Also, several other causes are possible. This large number of possible triggers shows how important an exact diagnosis by an avian vet is so important to help the affected birds. And you should also know: Since birds held in captivity often stand on very smooth perches, their claws don’t always wear out sufficiently. So in some cases, there is no underlying disease, but the perches are not suitable and therefore the toenails grow too long.

Besides treating the underlying cause, it is also important to shorten the claws and beak regularly. Because for an affected bird, otherwise massive problems and risks can arise. If the beak is too long, from a certain point the animal will no longer be able to eat. In the worst case, the bird could even starve to death. Also, preening the plumage is quite difficult if the beak is too long.

If a bird’s toenails are too long, the risk for suffering strains of the legs and toes is high. Birds then often get stuck on fabric loops or other objects. While they try to free themselves, the birds pull their sensitive tendons and muscles. In some cases, it can even happen that a toenail breaks or is torn out and the bird suffers from severe pain afterward.

In addition, such injuries often bleed quite heavily. Provided that no coagulation dysfunction (blood-clotting disorder) is given, which rarely is the case in birds, there is usually no danger that the animals bleed to death. Nevertheless, such an injury is problematic, because in many cases, claws that have been torn out or broken off do not grow back properly. This results in permanent physical impairment.

So it is important to trim a bird’s claws and/or beak when they have grown too long. Caution is required, however. Both, the beak and the nails mainly are made of keratin, that is insensitive to pain only up to a certain area and is partially supplied with blood. Unlike the fingernails of us humans, the toenails of the birds are therefore by no means totally “dead”. The same applies for the beak. Therefore, inexperienced persons should never trim the beak and/or the claws themselves. Only very experienced bird owners should dare to shorten the claws and/or the beak at least a little bit. However, ideally they should not do this after they have had the procedure shown to them by an avian vet. It is also important that an effective clotting agent is always available. Ask your avian vet about what is safe for use in your feathered friends and let her or him describe how to use the agent.

How to trim a bird’s toenails

You should also know when trimming is truly required. Because if it is not, it means unnecessary stress for the bird. A good sense of proportion is required when assessing the situation – and a little practice in evaluation. In this article, you can find some photos that should help you to make a decision. The pictures below this paragraph show toenails of budgies and Lineolated parakeets that should not be touched since they’re not too long. In cases like these, no trimming is necessary.

The photos below show the feet of budgies and Lineolated parakeets, whose claws are too long or in some cases already twisted or crooked. If you spot something like this, trimming is is necessary and also recommended.

For trimming the nails of small birds like budgies, a nail clipper is suitable. The toenails can however splinter so that you should always have a nail file ready to treat any unevenness immediately. And please never forget to place a clotting agent in your reach. If bleeding occurs despite all precautions, there is no need to waste time searching for the hemostatic agent if you have it ready.

Normally one does not cause any pain to a bird when clipping the nails properly. It can be compared to shortening the fingernails of us humans. But: Only who can hold a bird safely and firmly with one’s hand should trim the nails at home. Your avian vet will be happy to help you and will perform the “pedicure” in case you are not able to griß your bird firmly or if your hands are shaking too much from excitement. If you feel up to the task of safely gripping the bird and also have a steady hand, please note the following instructions for trimming the nails. This will ensure that the toenails are naturally shaped after the procedure.

For untrained persons, trimming the beak is a difficult task, because most pet birds bite constantly and it is difficult to hold them on the head so that they cannot move. Even some vets sometimes have difficulties when they want to trim the beak of a bird. It is troublesome if you cut off too much and damage the area that is supplied with blood. The resulting bleeding can be so severe that the injured blood vessels have to be cauterized with great heat, otherwise the bird may suffer considerable blood loss, which can be very distressing. In addition, such an injury is extremely painful for a bird.

In addition, trimming the beak can cause severe injuries to the tongue if you slip with the nail clipper or pliers. Tongue injuries mean extreme pain for the affected animal. For this reason it is strongly recommended to leave the trimming of the beak to an experienced avian vet. Because unfortunately it can even happen that the beak splinters and starts bleeding when your vet is undertaking the procedure. This is often the case when the beak shows structural damage, for example due to an infestation with burrowing mites, see below, or a liver disease.

Apart from the fact that trimming the beak can be dangerous for the bird, the owner must first of all be able to recognize a beak that has grown too long. Only then further steps can be taken – including taking your bird to your avian vet – to have the beak trimmed.

Is your bird’s beak too long?

For inexperienced persons, it is often not easy to recognize when a beak is too long and should be trimmed. Unfortunately, the misconception is also widespread that trimming the beak is a care measure that has to be carried out regularly for every bird. But this isn’t true. The beak only has to be trimmed in case it is actually too long. Also, it is not true that it grows back all the faster if it was shortened. You just can forget this old wives’ tale.

A simple help for recognizing an upper beak of a budgie that has grown too long is the following: If the beak measured from its base just beneath the nose right to its tip is more than twice as long as the height of the nose (cere), it might be too long in many individuals. You should consult an avian vet and ask for a professional evaluation to be sure. Some individuals have a comparatively short upper beak by nature. The illustrations below show the just mentioned simple rule. But please note that it only applies to budgies and is not valid for other bird species! 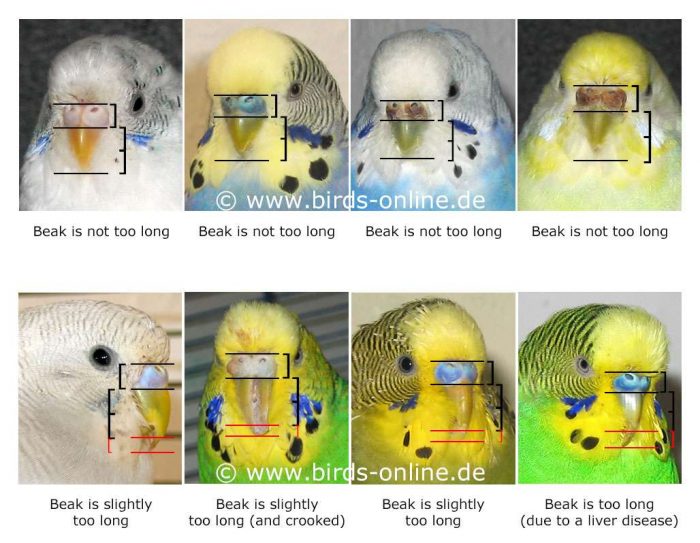 You should under no circumstances trim the beak of a bird suffering from a burrowing mite infestation at home! The keratin is often extremely porous and can easily break or splinter under the pressure of pliers or nail clippers. In the worst case, the beak is torn off the bone completely. You can see a budgie in the photo close to this paragraph whose beak was strongly damaged and deformed by mites. With the attempt to trim it, the owner tore off most of the upper beak. Only the bony core remained, which has also been injured during the procedure. The bird has suffered unimaginably severe pain. Afterward, the poor budgie was no longer able to eat food on its own. To save the bird’s life, the animal was entrusted to the hands of an experienced bird keeper. But the lady could not save the feathered patient despite all her efforts. Regrettably, the bird passed away because of her serious beak injury. 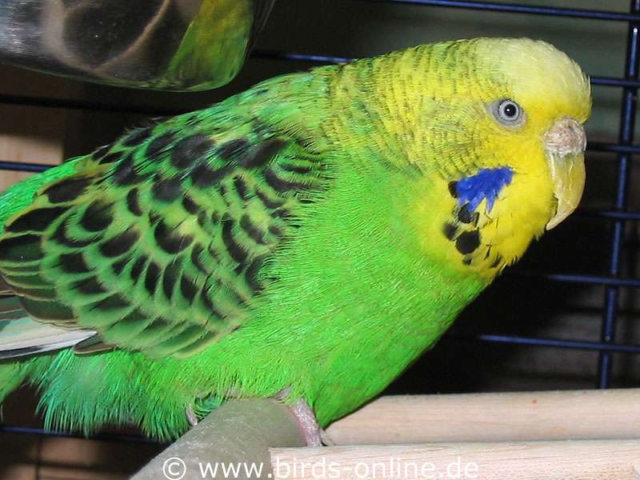 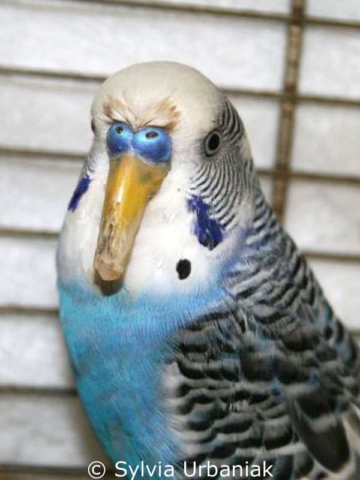 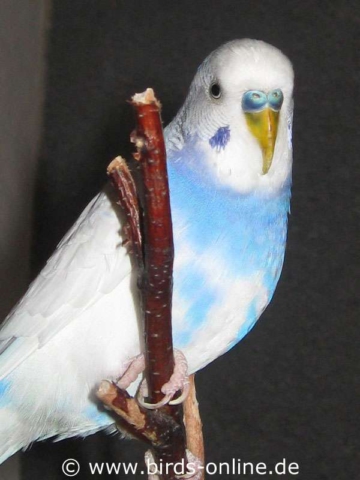 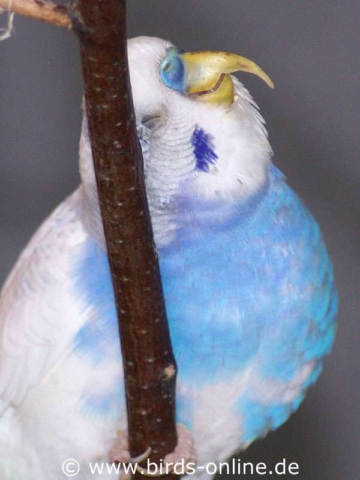 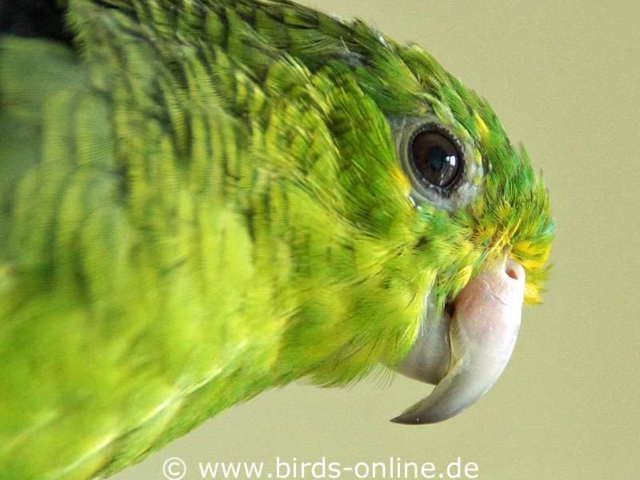 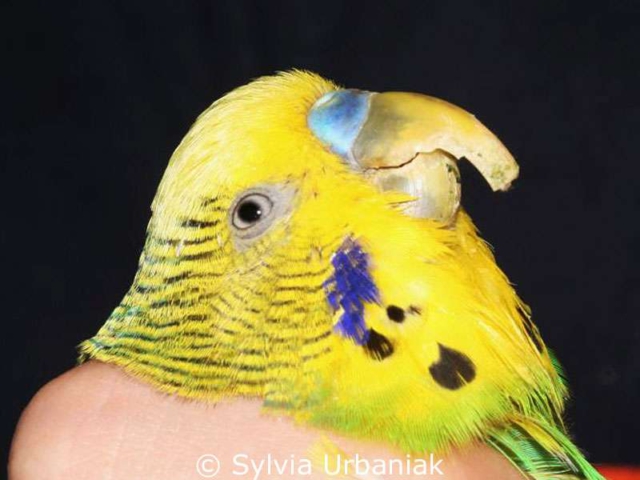 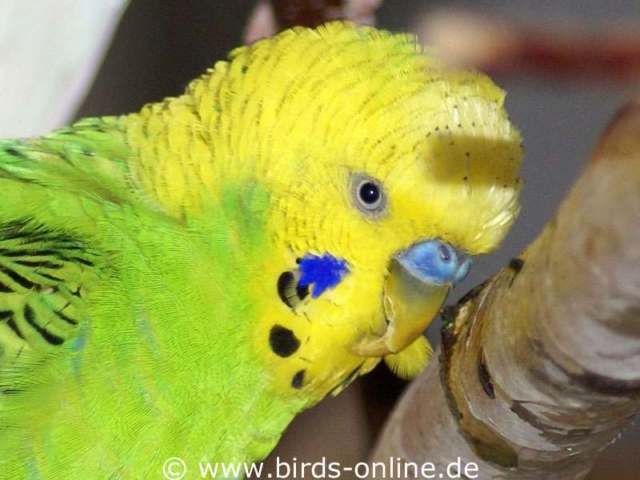 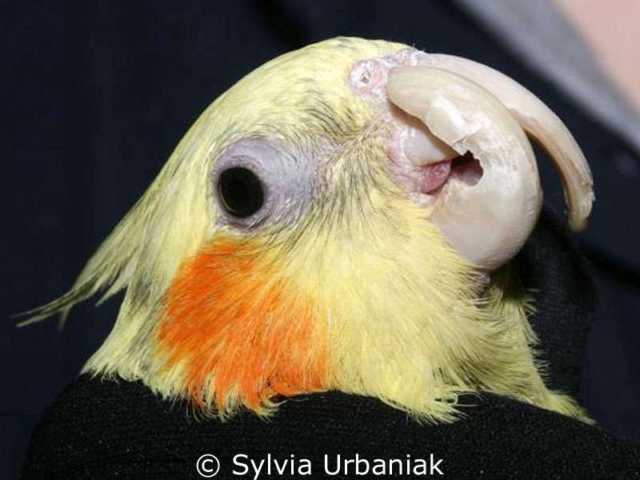 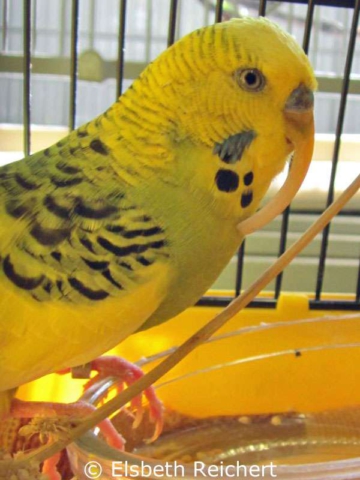 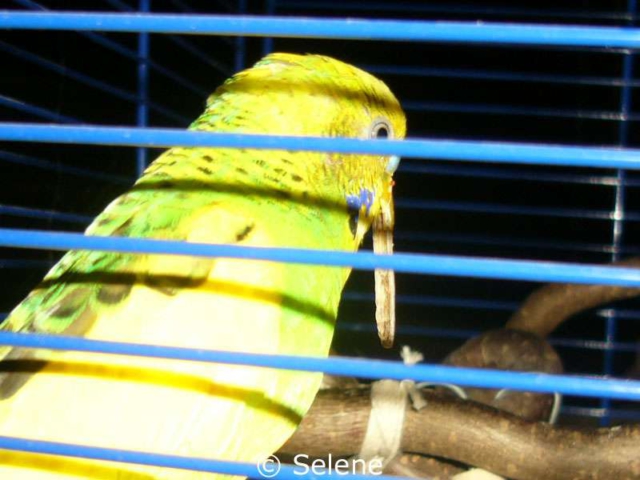 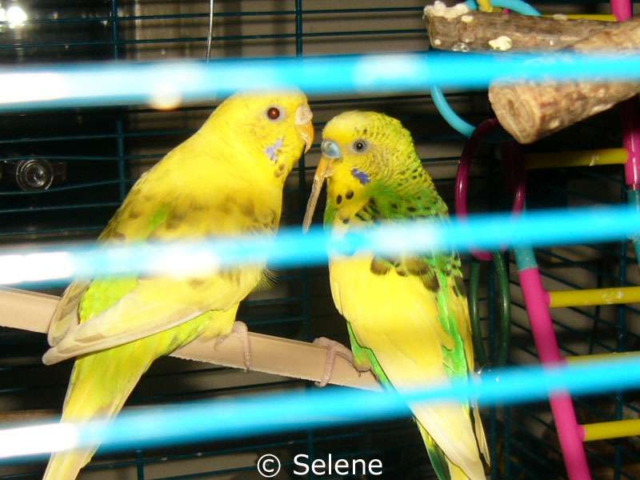 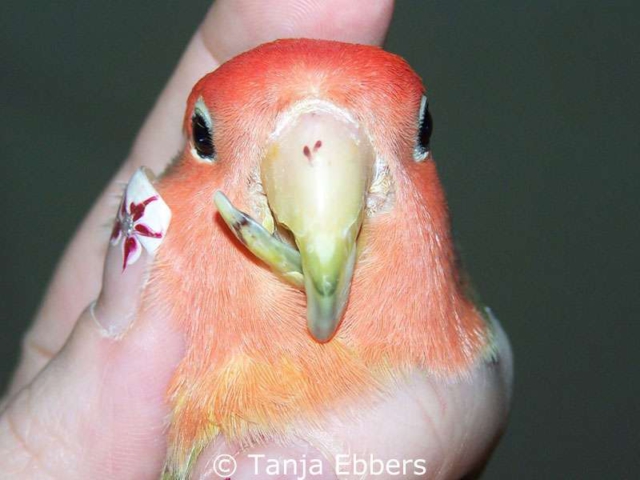 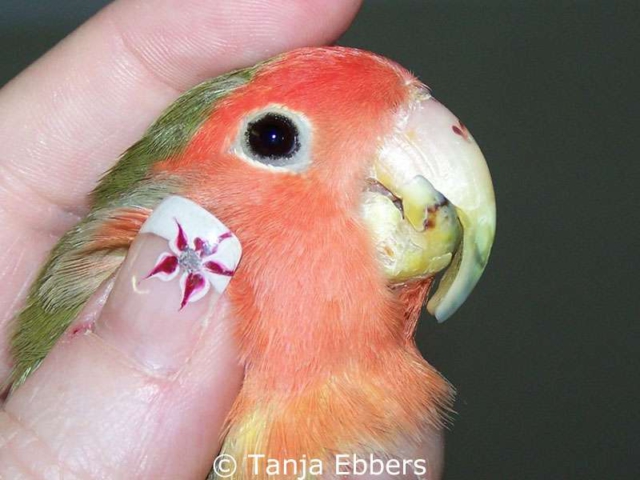 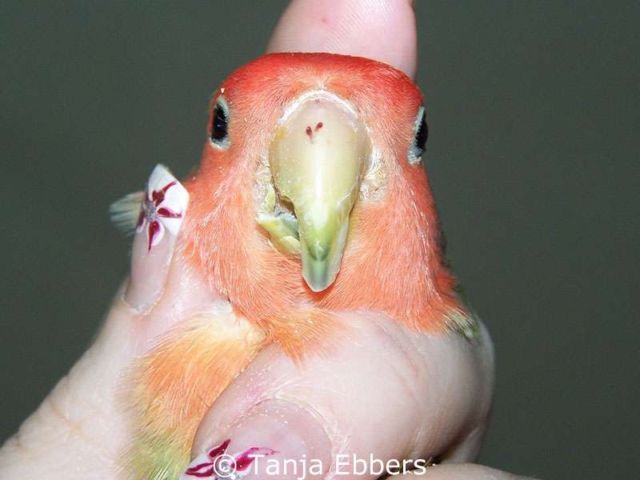 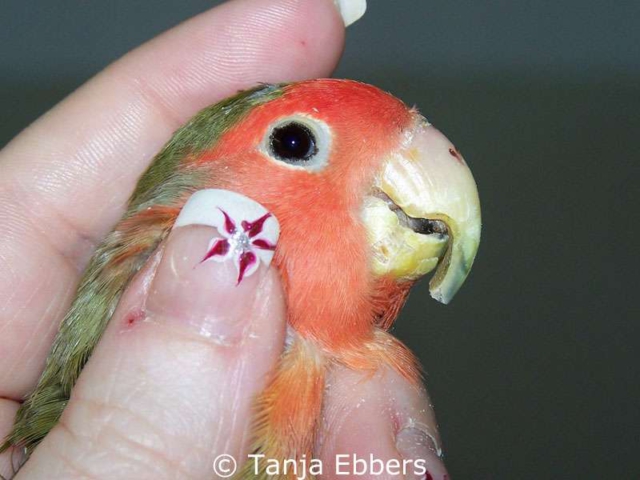 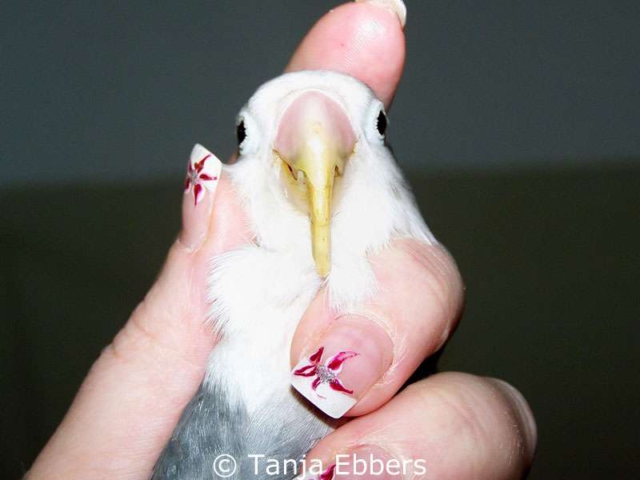 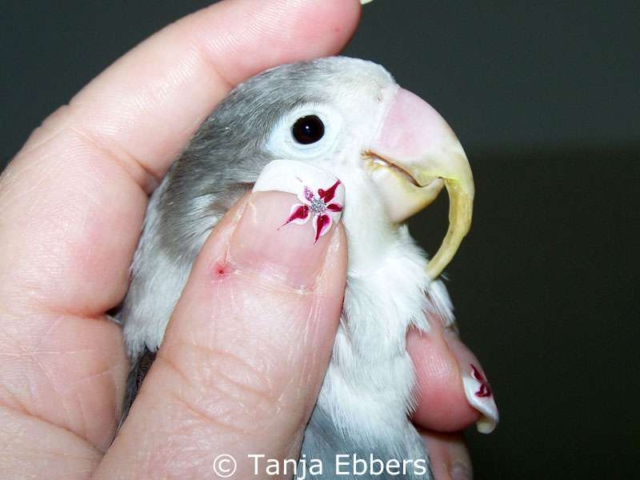 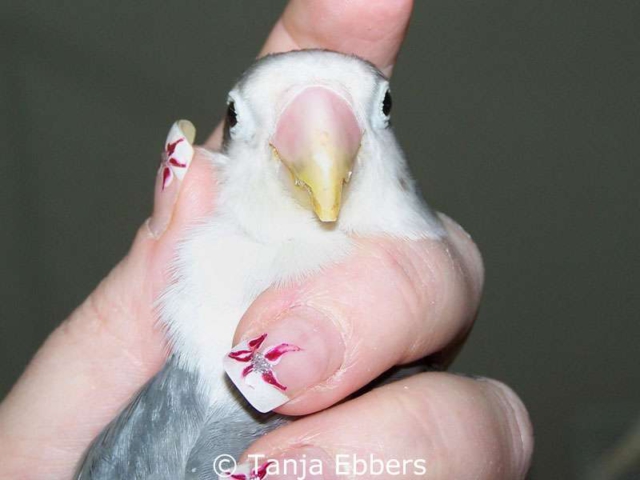 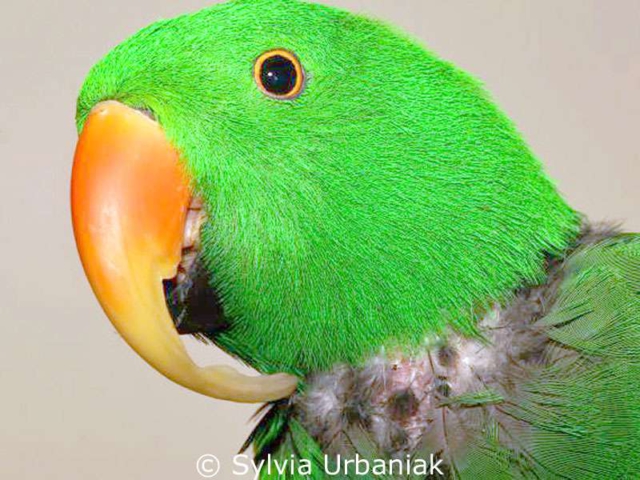 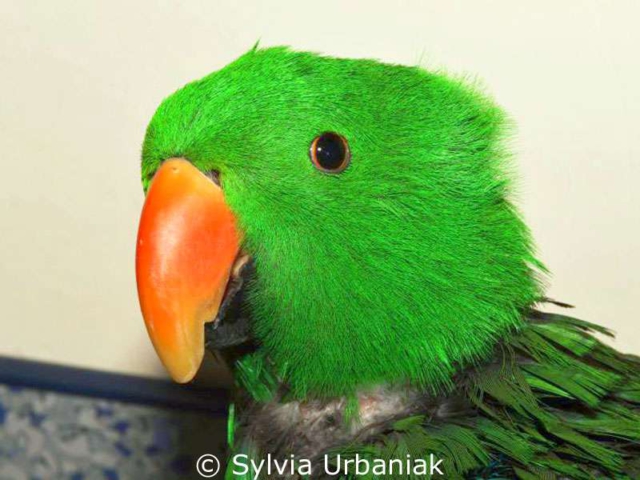